30 minutes of exercise a day is not enough

Well here’s an article that might serve as a wake-up call for you too, meaning that if you don’t exercise at all or think (like me) walking around the block for 15 minutes will keep you in good condition you should definitely read about the new study which is referred to in the Washington Post article here below:

If you’re among of the millions of Americans who dutifully carve out 30 minutes a day for the moderate-intensity exercise recommended by experts based on the idea that you’re doing all you can for your heart, you’re in for some disappointing news.

A new analysis published Monday in the journal Circulation finds that that amount of activity may not be good enough.

For the paper, researchers reviewed 12 studies involving 370,460 men and women with varying levels of physical activity. Over a mean follow-up time of 15 years, this group experienced 20,203 heart failure events. Each of the participants self-reported their daily activities, allowing the team to estimate the amount of exercise they were doing. 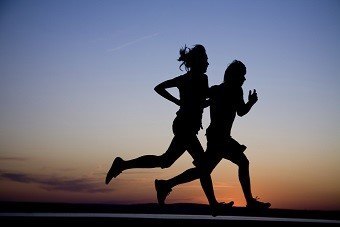 They found that those following the 30-minutes-a-day guidelines issued by the American Heart Association had “modest reductions” in heart failure risk compared to those who did not work out at all.

But those who exercised twice and four times as much had “a substantial risk reduction” of 20 percent and 35 percent, respectively.

Jarett D. Berry, senior author of the study and an associate professor at University of Texas Southwestern Medical School, said the study shows that physicians and health policymakers should consider making stronger recommendations for greater amounts of physical activity to prevent heart failure.

Read on by clicking this link