6 Ways to Reclaim Confidence After Losing It - Better Health Solutions

6 Ways to Reclaim Confidence After Losing It 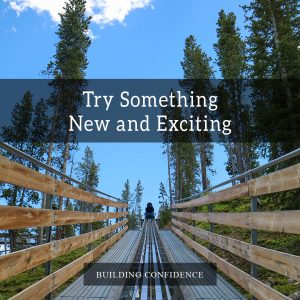 3 Truths About Reclaiming Confidence You Need to Know Right Now

Not everyone is going to get it right. Sadly, there’s always someone quick to point out when you’re getting it wrong. It’s when you come under fire that you lose confidence quickly.

To get past this kind of blow to our confidence, you need to understand these simple truths:

Not Everyone Has It Right. Not Even You

Haters are gonna hate. But just because someone comes at you with the most reasonable-sounding explanation in the world of why you’re an idiot (and you’re an expert at giving that speech to yourself), the truth is, the person doing the talking quite likely doesn’t know what they’re talking about. This is because of one simple truth: People really don’t know everything, and even when they think they do, they have a tendency to get things wrong. So just because something nasty has been said, it doesn’t make it right. Regardless of who it’s coming from.

A Lot of Criticism is Grounded in Jealousy

That disaster you’re beating yourself up over? How much of it was the result of the green-eyed monster? Too often, we give people authority over us they don’t deserve. We listen to their complaints thinking they’re right without questioning why they’re attacking what you’re doing. The biggest culprit of why you’ve drawn the attention of the critics is jealousy. Don’t let someone pull down your confidence just because they’re feeling threatened by where you are.

You’re Better Than You Think

The loss of confidence can make you the critic. Why? Because now you’re looking for justification for thinking you’re no good. And trust me, when you go hunting for this kind of justification, you’ll always find it. Here’s where you need to back up and take a good, hard, impartial look at yourself. Ask:

Confidence comes from accepting the reality of who you are and where you are. Remember, nobody, not even you, has a right to make you feel small.

7 Things You Can Do to Boost Your Confidence Right Now