Caffeine and Your Health 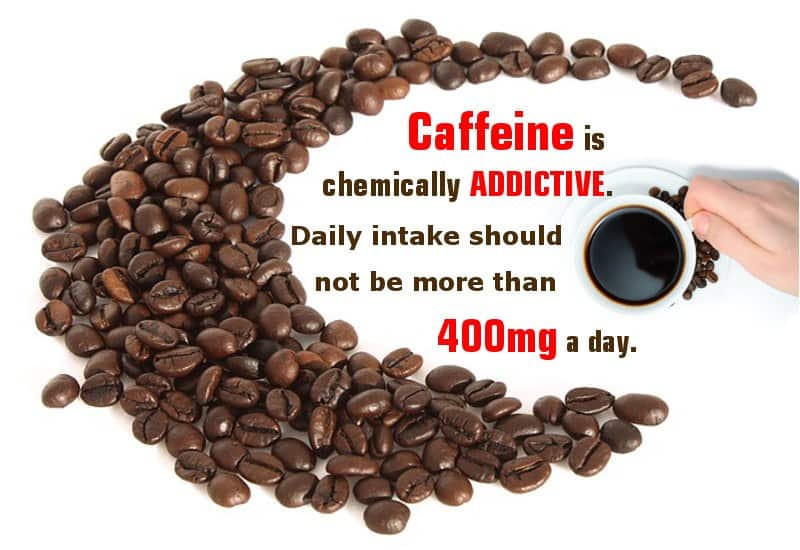 We are all aware that coffee contains caffeine and is therefore a stimulant. What is confusing for consumers is the conflicting claims and counter-claims regarding the alleged health benefits and ill-effects of coffee. As with every other component of our diets, even the experts disagree.

Following are some of the documented effects of drinking coffee for what is considered average consumption. Effects of coffee consumption will vary greatly from one drinker to the next, and of course, volumes consumed will differ also.

Once coffee is ingested, the caffeine goes into the bloodstream quickly and reaches its peak level in the bloodstream within thirty to sixty minutes.
However, you can feel an increased level of alertness within ten minutes from the time of intake. Caffeine does not accumulate inside the body. Half of it is excreted within four hours of ingestion, while the other half remains inside the body for eight to fourteen hours. This is why many people who drink coffee have problems falling asleep at night.

It is best to avoid caffeinated beverages at least eight hours before bedtime. The length of time that the body takes to eliminate caffeine may also vary from one person to another. Some factors that can affect the total time of caffeine excretion include pregnancy, physical condition, body weight and the frequency of intake.

The safe limits for caffeine consumption will vary depending on every person’s level of tolerance, age and health background. Each person has their own level of sensitivity and each person has a unique way of responding to the effects of caffeine.

For adults who have no health or medical issues, consuming up to 400mg of caffeine in a day may not cause unwanted effects. There is about 100mg of caffeine in one cup of brewed coffee. Many people drink much more than this and claim not to experience ill-effects. However, an individual can also build up their level of tolerance which means that larger doses of caffeine may be consumed before any negative effects are experienced.

For people who are not regular coffee drinkers even just a single cup can raise their systolic blood pressure levels by up to ten points. However, for those who are habitual caffeine drinkers, such an effect may not be too pronounced.
Caffeine is also known to stimulate the intensity of the heart’s beating. Studies show that caffeine can boost the production of norepinephrine hormones which gives a feeling of an adrenaline boost.

Too much caffeine consumption can add to an increase in the amount of calcium in the major arteries of the heart. This excess calcium assists in the formation of arterial plaque, causing the artery wall to harden and reduce in diameter. Both heart attack and stroke risks increase when this occurs. A medical scan is available which determines the amount of plaque, from which doctors can make an estimate of the likelihood of these risks eventuating in the future.

Other Sources of Caffeine

Caffeine is not only present in coffee. Some teas contain small amounts. Two and a half cans of cola will supply about the same caffeine as one cup of brewed coffee. Not all coffee brands or types are equal. Each coffee brand can have a different level of caffeine content. Caffeine can also be obtained in surprisingly large amounts in many energy drinks. Chocolates can also contain some amount of caffeine.

Many people are not aware that caffeine is also present in many over the counter and prescription medications such as Vivarin, Midol and Norgesic Forte – just to name a few.

While many people drink coffee every day, there are also many who have ‘kicked the habit’ and claim they are better for it. Others say there their health has improved by cutting back, or by committing to not drinking coffee after lunch.
If you love the taste and the socializing aspects of drinking coffee but are concerned about caffeine, there is a large and growing range of decaffeinated coffees worth trying.

7 simple tips for a healthier diet-Tip #6-Bake, Roast and Grill Instead of Frying