Getting Your Time Back

Getting Your Time Back 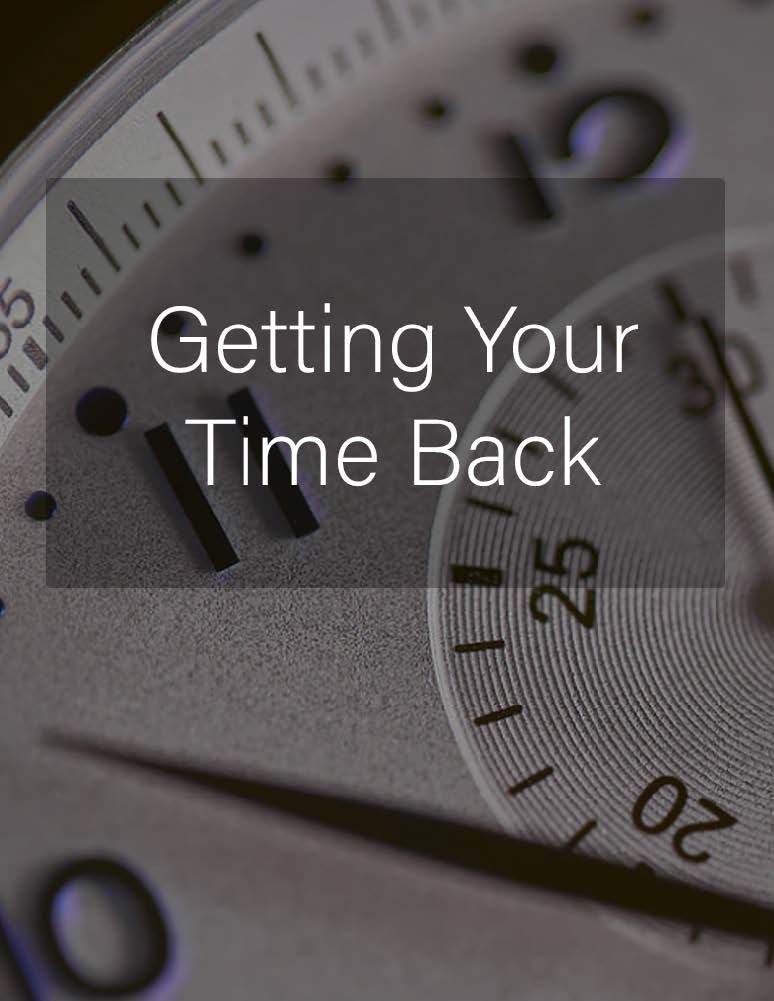 Humans are adaptive. Civilization has existed for many
centuries without relying on phones. For the younger
generations, this may seem impossible to imagine, but it is
true.
Human minds were not intended to and not evolved for
excessive device usage. There is simply too much stimulus for a
person to handle nowadays. There is nothing to be ashamed of
if you are experiencing phone addiction, or if someone you love
is.
This information may seem unsettling, but there is a bright
side.
While addictions are tough to overcome and those amid such a
struggle may feel hopeless, addictions can be defeated.
Addictions are created and maintained by a series of toxic,
repetitive habits and behaviors. Through actively
understanding the nature of phone addiction, one can break
their addictive phone-use cycle and increase their mental
health.

If you take the time to learn about what unconscious habits are
creating addictive behavior, then you can change your habits,
and thus change your behavior. This may seem very challenging
at first, as it can seem for any addiction. Change is frightening
and the first few days will be extremely difficult if someone is
severely addicted to their phone..... 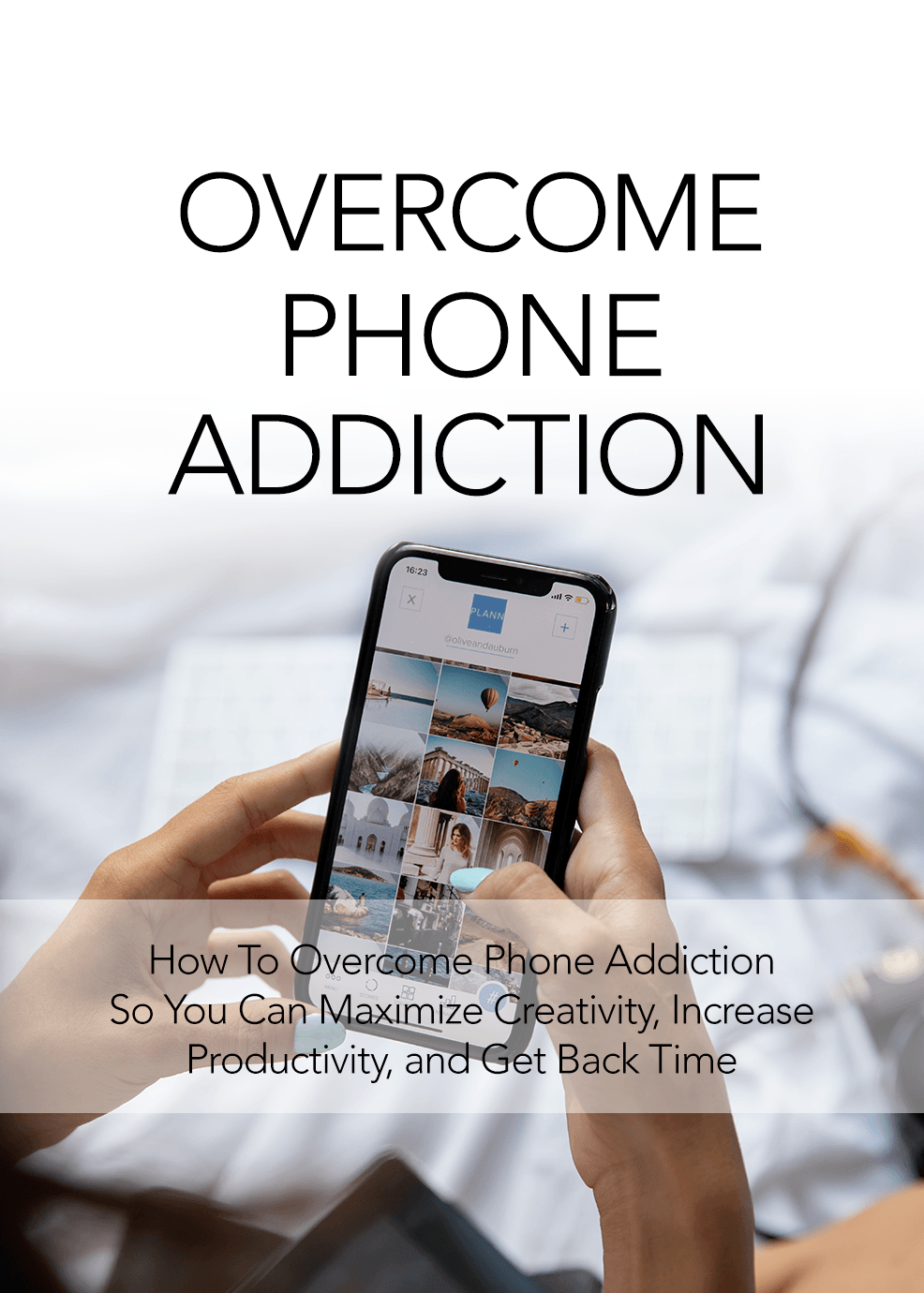 Why Are Phones So Addictive

Why Are Phones So Addictive 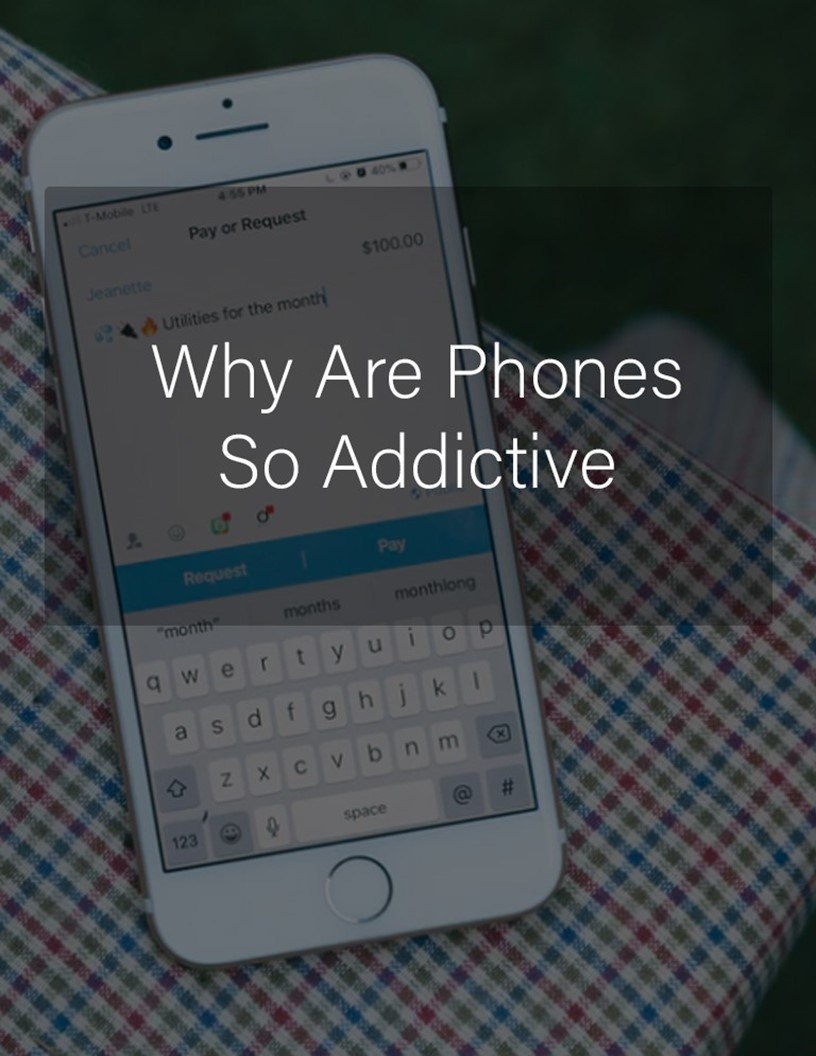 One thing that is important to understand, especially for someone with phone addiction, is that the internet and social media have been designed to be addictive. This is hard to swallow for some at first because there are many positive aspects to social media.

Connecting with friends and distant family members, keeping up to date with societal and current life events, finding entertaining content, discovering communities for people who share similar interests - these are all wonderful benefits to using social media. However, the drawbacks are very serious and in the worst-case scenarios and to the most extreme extent, they can even be deadly.

Regular, compulsive usage of social media has been proven to be detrimental to a person’s mental health. This can sadly be observed in the suicide trend among adolescent girls, which drastically and exponentially increased during the time social media became a regularly utilized platform. Social scientists and other experts agree that this rise in suicidal behavior can be attributed to the need to be validated by people online, as
well as many other factors regarding the presentation of self- image and the over-exposure of people’s personal lives....

What is Phone Addiction and How It Affects Us 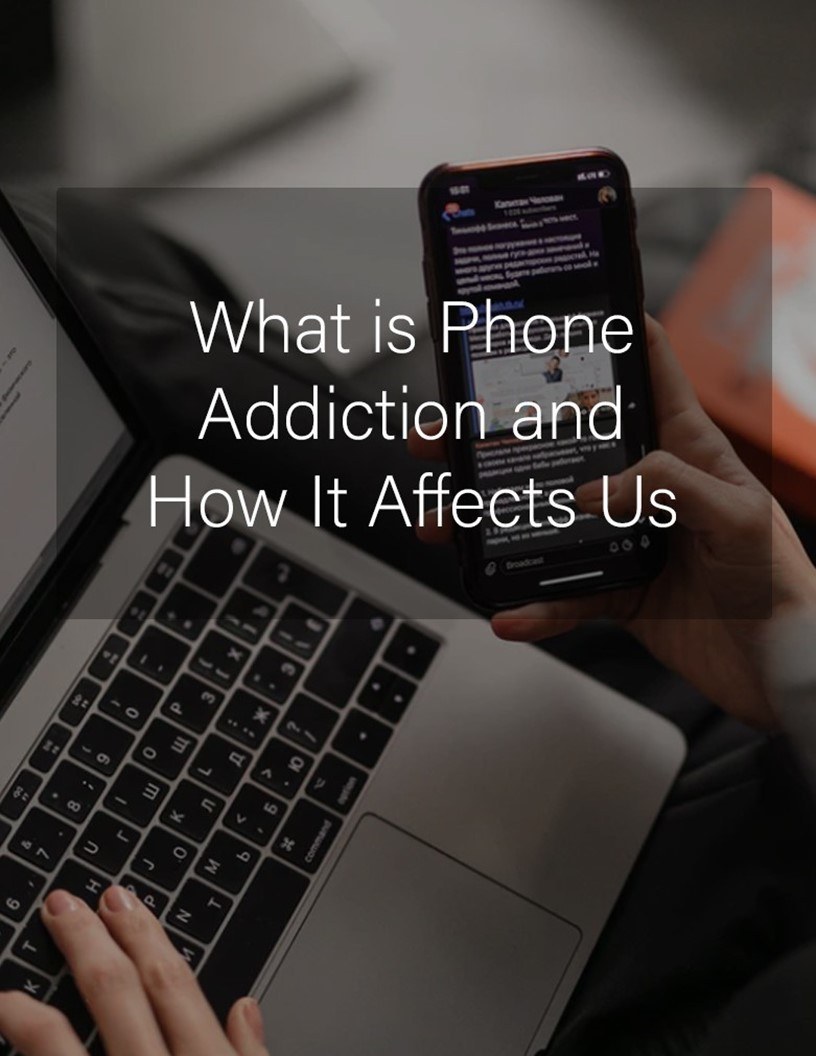 Phone addiction may sound silly to some readers who
remember a time before smartphones and 5G internet, but it is
a real and serious issue plaguing thousands of people every
single day. Consider another term for phone addiction - this
term is referred to as “nomophobia,” which is the fear of being
without a mobile phone.

This type of addiction is a disorder that involves the compulsive
overuse of mobile devices. These compulsive habits are
typically quantified by the total amount of time that a person is
online within an average day, as well as the total number of
times a person accesses their phone. However, compulsive
overuse is just one facet of phone addiction.

This type of addiction is typically supplemented by concurring
internet addiction. This is when a person cannot control their
urges and behaviors regarding computer use and the internet.
This can lead to someone suffering from psychological distress,
as well as mental and physical impairment.

Worse yet, it is extremely easy for a modern-day person to
become addicted to the internet. At the beginning of the internet revolution in the late twentieth century, the internet
was relatively difficult to access - you had to be technologicallysavvy
to successfully surf the web....