Coffee Is Good For Your Brain - Better Health Solutions

Coffee Is Good For Your Brain

Are you a coffee drinker? and what about you taking care of your brain health? you could already be exercising your brain with well known brain games like lumiosity but now another study confirms once again that drinking coffee could be really good for your brain aswell:

I know by now news on coffee research is a little hard to swallow, considering how often new studies come out with contradictory conclusions. But don’t give up on coffee science just yet — a theme has emerged from the more credible studies, and the latest study in the dogpile is a worthy example.

So let’s get right to the point: according to the latest study, drinking a consistent, moderate amount of coffee each day significantly reduces the risk of developing mild cognitive impairment (MCI), a precursor to dementia and Alzheimer’s disease. 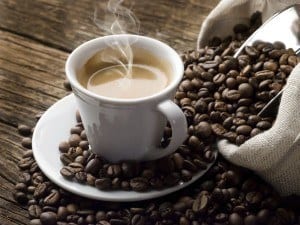 The research team evaluated 1,445 people, ages 65-84, participating in the Italian Longitudinal Study on Aging, a population-based sample. They found that people who kept their daily coffee intake steady at one cup a day were in the best mental shape compared to others with more erratic coffee habits. Here’s the full breakdown:

People who increased their coffee consumption over time to more than a cup a day (in other words, they were at some point one-cup drinkers and gradually inflated their habit) had twice the rate of MCI as people who reduced their habit to one or less cups a day.

Those who increased their habit also had a one and a half times higher rate of MCI than people with a steady one-cup-a-day routine.

Read more at this link:https://onforb.es/1IOLapd