Confusion About Who Should Take A Statin - Better Health Solutions

Confusion About Who Should Take A Statin

Do you have a healthy heart? Have you had a checkup recently?

This may be a good time to book that appointment and find out for you definitely want to be aware of the risk you’re under don’t you?

But questions remain about who should be taking them
Many doctors already prescribe statins to people who have not yet had a heart problem, but figuring out who might benefit most from the drugs is a challenge.

The U.S. Preventive Services Task Force (USPSTF), a panel of experts that is commissioned to comb through existing studies of health issues and come up with recommendations, attempts to address that question with its latest advice. The group says that the weight of evidence suggests that statins can help middle-aged people who have not yet had heart problems avoid them if they have a greater than 10% risk of having a heart attack or stroke in the next 10 years.

But some people think the recommendations do little to clarify the situation. 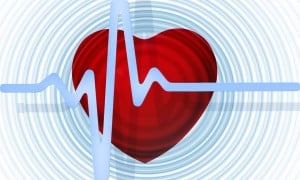 Doctors can calculate their 10-year risk by plugging certain information into a web-based calculator formulated by the American Heart Association (AHA) and the American College of Cardiology (ACC). In 2013, the two groups debuted this revised algorithm, along with their recommendation that people with a 7.5% or greater risk of heart events in the next 10 years consider taking a statin to reduce that risk. In their previous advice, based primarily on the so-called Framingham risk factors that emerged from a decades-long study of what contributed to heart disease, the experts set the statin threshold at a 10% or greater risk. The lower cutoff made millions more people eligible to take a statin and created controversy, as some heart doctors questioned whether all of those people would actually benefit—especially since the drugs carry some side effects, including muscle problems and a possibly higher risk of diabetes. Some cardiologists argue that those risks aren’t worth it for people who do not yet have any symptoms of heart disease…

Green Juice For A Healthy Heart

Walking for a Healthy Heart

Your Heart and Hypertension

Why is Smoking Bad for Your Heart?

Why Exercise is Essential for a Healthy Heart

What is Cardiovascular Disease?

Ways to Reduce Salt Intake to Lower Your Blood Pressure

4 Lifestyle Causes of Heart Disease, and What to Do About Them