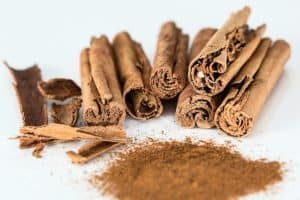 If you are like most people, you absolutely love cinnamon, but you might not realize it is actually good for you. While it can often feel like all your favorite things are bad for you, this is one very special ingredient that has loads of health benefits and very few side effects.

Cinnamon is a type of spice that comes from the bark of certain types of trees. These are categorized by Cinnamomum species of trees. Cinnamon is loaded with nutrients, which is one thing that people often don’t realize. A serving of cinnamon is about a tablespoon (though you can definitely use less and still benefit from it)

You get the following nutrients when you add more cinnamon to your diet:

It also has lots of antioxidants and many other health benefits. There are only 19 calories in a tablespoon of cinnamon, and no sugar or fat. Keep reading to learn more about the health benefits of cinnamon and why everyone should be using it, not just in the fall or winter, but year-round….

Here is how to actually enjoy some really healthy eating

Is Junk Food Ruining Your Body?

How To Make Healthier Choices At The Drive Thru