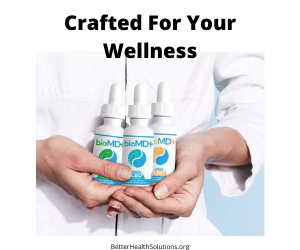 This website is intended as an informational guide and is not meant to treat, diagnose, or prescribe. For any medical condition, physical symptoms or disease state, always consult with a qualified physician or appropriate health care professional. The author does not accept any responsibility for your health or how you choose to use the information contain on this website.
Breast Cancer Screening – The Essential Facts
Preventing Breast Cancer Naturally
The Importance of Breast Cancer Awareness
The Importance of Early Detection with Breast Cancer
13 Simple Steps to Prevent Breast Cancer
New Drugs Prove More Effective in Treatment of Kidney Cancer
Can a daily dose of aspirin cut the risk of cancer?
Did researchers find a way to halt cancer cell growth?
0

For those among you consuming lots of sugar (don’t we all?) it’s about time to seriously reconsider that bad habit for sugar not only impacts your (over) weight but it has now also been identified as increasing the risk for breast cancer among other things, here’s part of a news release from The University of Texas MD Anderson Cancer Center about this discovery:
MD Anderson study in mice points to sugar’s impact on inflammatory pathways as culprit

The high amounts of dietary sugar in the typical Western diet may increase the risk of breast cancer and metastasis to the lungs, according to a study at The University of Texas MD Anderson Cancer Center.

“We found that sucrose intake in mice comparable to levels of Western diets led to increased tumor growth and metastasis, when compared to a non-sugar starch diet,” said Peiying Yang, Ph.D., assistant professor of Palliative, Rehabilitation, and Integrative Medicine. “This was due, in part, to increased expression of 12-LOX and a related fatty acid called 12-HETE.”

Previous epidemiological studies have shown that dietary sugar intake has an impact on breast cancer development, with inflammation thought to play a role.

“The current study investigated the impact of dietary sugar on mammary gland tumor development in multiple mouse models, along with mechanisms that may be involved,” said co-author Lorenzo Cohen, Ph.D., professor of Palliative, Rehabilitation, and Integrative Medicine. “We determined that it was specifically fructose, in table sugar and high-fructose corn syrup, ubiquitous within our food system, which was responsible for facilitating lung metastasis and 12-HETE production in breast tumors.”

The Importance of Breast Cancer Awareness

The Importance of Early Detection with Breast Cancer

Can a daily dose of aspirin cut the risk of cancer?

Did researchers find a way to halt cancer cell growth?