One of the biggest mistakes people make in emergency weather situations is not calling for help soon enough. For some reason, many people like to try to stick it out, even when they start to suffer because of it.

Some people don’t want to cause a fuss. Others want to appear tough, but regardless, when the weather starts to overpower you, you need to be able to stop and call for help. For example, in a 2021 record-low cold snap in Texas, many people were left without power in very low temperatures.

As the temperatures fell inside their houses, many people whose cars could handle the frozen roads wisely threw in the towel and made their way to heating centers, which were large building that still had electricity where families could keep warm.

Others were staying with neighbors or friends who had electricity, and were also calling each other frequently to check in on one another. However, some who remained isolated had to be hospitalized for hypothermia, with temperatures in their houses hovering around 45° F or lower.

Had these people contacted emergency services, friends and family, or attempted to move to a warming center, that could have been prevented. In simpler cases, if there’s a massive heat wave coming through and your house doesn’t have air conditioning, try to see if someone you know has a pool or an air conditioned house you can hang out at.

Massive heat isn’t too dangerous for those inside, but it can become wildly uncomfortable. For those with small children, it can actually start to become dangerous if they begin to suffer from heat exhaustion.

This can also apply to severe weather such as storms, especially those that are capable of developing tornados. Tornados are certainly nothing to toy around with, so if you don’t have a good shelter in your house, you might want to consider waiting the storm out at an acquaintance’s home that does have one.

There’s nothing you can do to stop a tornado from damaging your home, whether you’re there or not, so you might as well avoid injury at the same time. Even if you can’t go stay with someone else at their house, they might be able to bring you some much needed supplies, such as a box fan for a heat wave or a space heater for a cold snap.

Don’t hesitate to rely on the generosity of others a little bit, especially in a dire situation. You want to educate yourself about off-the-grid living in case it takes days to regain your electricity. 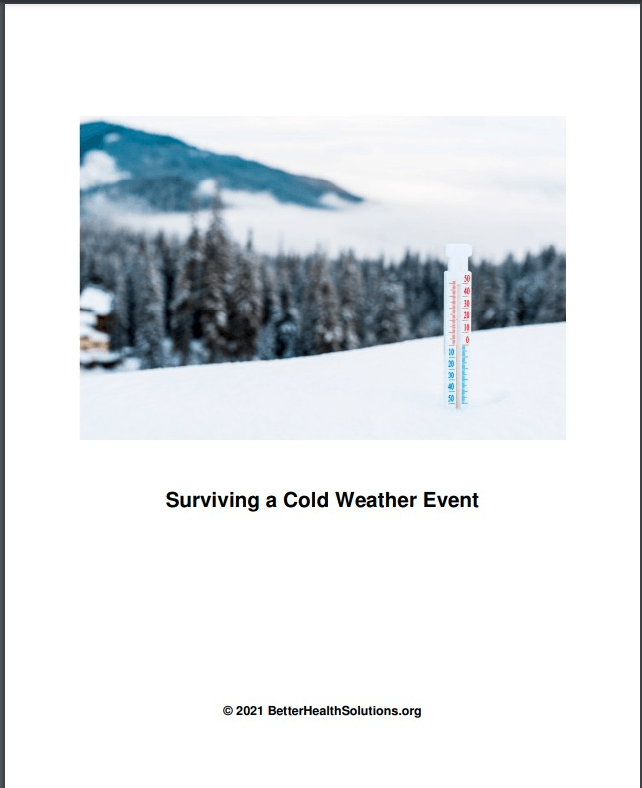 Cooling Off When It’s Too Hot Inside Your Home

Winter Preparations to Fortify Your Home for the Cold