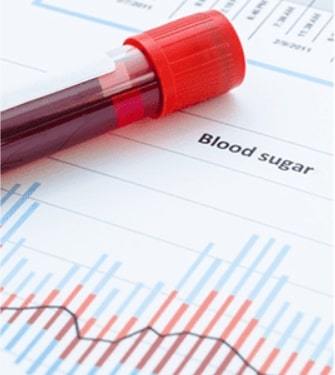 Low Carb Eating to Help Reverse Diabetes
Getting diagnosed with diabetes can feel like a huge shock – especially if you don’t know a lot about how to control or reverse the disease. It used to be that whenever someone was diagnosed, they simply took whatever treatment the doctor ordered.

Usually, this meant taking a pill designed to help lower the levels of blood sugar in your body. Today, however, well informed patients know that taking control of their health is a good route to take.

By being proactive, you can make lifestyle changes with how you to eat, exercise and de-stress to be proactive about your diabetes diagnosis. And medicine isn’t always your only option.

Why Are Carbs Dangerous for Diabetics?

You need to know why carbs can be dangerous for those who have diabetes. There are different kinds of carbs. You can have simple carbs or complex carbs. These carbs are processed by your body to turn into glucose, which is how your body gets the fuel that it needs to run on.

When you eat foods that are refined, it sends your blood sugar higher. You’ll feel great for a little while, but then you’ll realize that you’re hungry again not long after.

Some carbs don’t have enough benefit to make them worth eating. Foods have a glycemic rating. The higher the glycemic rating, the more dangerous it can be for diabetes because you can end up with highs, then sudden drops in sugar.

But there are some carbs that might look good and seem healthy but because they have a high glycemic rating, they can drive up your blood sugar. An example of this is corn flakes.

This food ranks at 93 on the index for a serving. The closer a carb is to 100 on the index, the worse the food is for someone with diabetes. A serving of graham crackers is a 74 on the glycemic index but an apple is only 39.

If a carbohydrate is simple, it’s dangerous. Because it has a simple amount of sugar molecules, your body can break that carb down too fast, offering you little in the way of energy or nutrition.

When you look at carbs, you want to look at two things. The food’s sugar level and the fiber level. A food can have a lot of sugar – such as fruit – but because fruit is high in fiber, it won’t break down as fast. This means you won’t get those sudden swings in your glucose level...

A diet hack that you’re about to discover below:

How a Low Carb Diet Works

Not only will you be able to reverse those diabetic numbers, but you’ll end up feeling better and having more energy because you won’t be putting the wrong foods into your body.

A low carb diet means that you’re limiting the amount of carbohydrates that you consume. You’ll be getting rid of foods that are starchy and putting in their place foods that are higher in fiber rather than carbs.

Instead of reaching for a candy bar or some crackers, you can have a fruit or vegetables. You’ll end up losing weight, too – which also helps you deal with a diagnosis of diabetes....