No justification for drinking for health reasons - Better Health Solutions

No justification for drinking for health reasons

Well this is a real bummer, now a new report by the UK government is saying we should stop believing that drinking red wine is good for our health, for those among us who like a couple of glasses with dinner this is one depressing article but I still recommend you read it:

If you drink it for the health benefits, it may be time to reconsider.

Suddenly, justifying that third glass of wine by telling yourself it’s healthy may prove difficult: A new report just issued by the UK government is turning long-held notions about the health benefits of red wine upside down.

It’s long been accepted that moderate consumption of red wine is heart-healthy, thanks in no small part to a 1991 60 Minutes report on the so-called “French Paradox” in which reporter Morley Safer declared that the French may enjoy lower rates of heart disease due to a diet high in cheese and wine, particularly red. 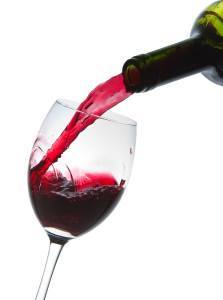 But now, the UK government is singing a different tune: This morning, the Chief Medical Officer issued new guidelines for alcohol consumption which warn that drinking any amount of alcohol — including that half-drunk bottle of Cab currently languishing on your kitchen counter — increases the risk of a number of types of cancer, including breast cancer. And the widely accepted notion that moderate alcohol consumption benefits heart health? According to the new report, that only applies to women 55 and over.

And that’s not all: “In the greatest overhaul of official medical advice on alcohol in 20 years, men are now being advised to drink the same level of alcohol as women — no more than six or seven pints [of beer], or small glasses of wine, a week,” The Independent points out.

The UK’s advice for pregnant women has also changed: While previously it was said that a drink or two a week was fine, now it’s been declared that “no level of alcohol is safe to drink in pregnancy.” (Meanwhile, U.S. dietary guidelines already say that pregnant women should not drink any alcohol.)  Overall, the report concludes, “there is no justification for drinking for health reasons.”..