It’s been a while since this has come up but now a brand new study confirms sugar being something you’d better stay clear off:

Fat was the food villain these past few decades but sugar is quickly muscling in to take its place. As rates of sugar-related disorders such as diabetes, obesity and heart disease climb, many experts believe that when Americans rid themselves of fat, they simply replaced it with sugar in all its forms. 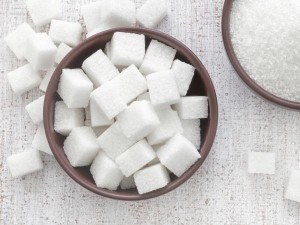 But proving that the rise of the chronic diseases was actually linked to higher sugar consumption is a challenge. Dr. Robert Lustig, from the department of pediatrics at the University of California, San Francisco, who has made a name for himself publishing books and research addressing the question of sugar’s effects on the body, wanted clearer answers. Now, in a paper published Tuesday, he and his colleagues believe they have come up with the definitive evidence that sugar, as Lustig says, “is toxic.”

In most lab studies, the doses of sugar that scientists test are quite high; they want to see what the effect is quickly and, depending on the research, they may not have time to wait to study the more gradual effects that might emerge. And in studies where people reduce the amount of sugar they eat, for instance, those people end up eating fewer calories overall, so it’s difficult to know whether any changes are due to the removal of sugar or to the drop in calories.