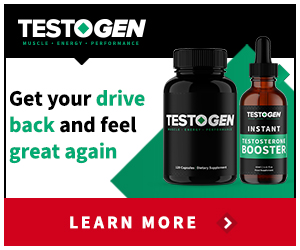 If you are at a campsite and if you want your barbecue pit to heat up very quickly, the last thing you'd probably think of doing is to pump a huge amount of flammable liquid on it. If you're a responsible camper and know your way around your barbecue pit, you would layer on twigs and other twigs and branches and put logs on top. That's how you manage the fire.

Unfortunately, such long-term thinking is not rewarded by the modern world. We want the best the world has to offer right here, right now. That's how much of a rush we're in, not surprisingly, we believe that the more we have, the more valuable our lives become.

We have completely erased the wall between value and price. We size each other up based on how much stuff or rights to stuff we have. We create this mental hierarchy and people with the most things are at the top. In the west, a significant amount of people kill themselves every single year.

This is quite shocking because they are all provided for, they are not starving in the streets, and they have more than enough to eat. People are eating and living better now than ever in history, yet people are still killing themselves. This is not only about official suicides. There are other ways to measure suicide.

Other ways people kill themselves are through drunk driving, drug abuse, and accidental overdose. The more stuff you have, doesn't necessarily mean the more you've become. These are two totally different things and two totally different tracts. Sadly, modern society teaches us that they are one and the same.

What is the way out? Well, instead of more, more, more; why not focus on less, less, less. Learn to let go. Focus on what you already have and learn to love what you already possess instead of beating yourself up desiring stuff you don't currently have. The old Zen Buddhist Maxim quote "less is more", is more relevant now than ever, at least to the west.

By looking at yourself as a self-enclosed whole organism with its own sense, own desire for purpose and meaning, your life and your perception of life starts to change. To get the inside scoop on an alternative path to personal meaning and reality, click here.

Are You Letting Your Possessions Ruin Your Life?

Money Can Buy Happiness…But Not In The Way You Think

What Is Wholeness And Why Do You Need It?

Doing This Cripples Your Relationships