Vitamin C is an incredibly important part of your immune system and your health in general. Vitamin C deficit once frequently caused a disease known as scurvy, but low vitamin C can also cause you to have a much weaker immune system among a bunch of other issues.

Most people associate vitamin C with citrus fruits, such as lemons, limes, oranges, and more. While those are good sources of vitamin C, they’re also high in sugars, making them a poor option for most diabetics.

You might think that the next best option is to take supplement pills, but there’s another fruit out there that can give you more than enough vitamin C. Bell peppers are low in sugars and carbs, but have even more vitamin C than citrus fruits.

In fact, as little as one cup of bell peppers can get you more than 100% of your daily value of vitamin C. Vitamin C is important for your immune system because it helps with the production and function of many different immune system cells.

Without it, you may either produce weak immune cells or very few immune cells. It has also been shown to help decrease your chances of getting a few different types of cancer.

This vitamin doesn’t just help with your immune system, though. It’s also very helpful for diabetics in general, and that’s for a few different reasons. One of the most pressing reasons is that it helps manage your blood glucose levels, which is naturally very important for diabetics.

It can also help keep your blood pressure under control in many situations, something that those with type 2 diabetes experience rather often. One of the more unconventional benefits of vitamin C is that it helps with skincare.

Surprisingly enough, it was found to help people develop clearer skin when they were getting enough of it. This might be more pertinent to diabetics since they often struggle with skin problems as a result of their conditions.

Bell peppers can be added to almost any food, whether it be on the side, mixed in, or as a snack eaten all on its own. They’re readily available at most grocery stores or local farmer’s markets, and they’re absolutely great for your health.

Try mixing things up by adding them into whatever you’re having for dinner as soon as you can, because the more vitamin C you can get, the better. 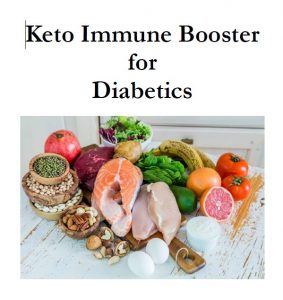 Click Below To Claim You Copy Of This Free Report!