What are joints? - Better Health Solutions 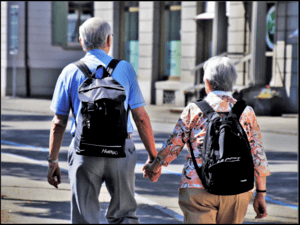 Imagine if the skeleton had only one solid bone. That would make it very difficult to move. So instead nature solved this problem by dividing the skeleton into many bones, and creating joints where the bones intersect.

Joints are also known as articulations forming strong connections that join bones, teeth, and cartilage to one another. Now you have the freedom of movement in different ways and directions.

Some joints open and close like a hinge such as your knees and elbows, allowing you to straighten or bend your legs and arms. You sit down, stand up, pick up, and put down stuff using these joints without giving it a second thought.

Others joints are meant for more complicated movements such as your shoulder or hip joint. These allow for forward, backward, sideways, and rotating movements. Just think of everything you can do with these joints and you’ll get an idea of how limited your movement can become if any of these joints suffer damage.

But not all joints are created equal. For instance, while joints like the knees provide stability, others like the wrist, ankles, and hips let you move, glide, skip, or run.

And just as their functions vary, so does their anatomy. Which means that you also need to take care of them in specific ways.

Some joints are purely made of tough collagen fiber while others have cartilage binding bones together. Yet others have something known as synovial fluid in between cartilage pads at the end of articulating bones.

So while you may think that all joints can be maintained using the same methods, you may need to rethink your joint-health strategy. Let’s first take a look at the different types of joints found in the body before discussing how to take care of them...

A look at common joint problems

The importance of joint health

What Is Rheumatoid Arthritis (RA)?

21 Steps to Better Self-Care If You Have Osteoarthritis

Should I Exercise If I Have Osteoarthritis?

What is Osteoarthritis (OA)?

Protecting Your Joints When Walking

Are You at Risk for Developing Osteoarthritis?